Google, in its monthly Android distribution charts, provides us with an insight into the adoption rate of various OS versions that are being used. The Android distribution dashboard from Google has been updated and the numbers for October 2018 are out, but Android 9.0 Pie is nowhere to be seen. Last month, the mobile software market saw the release of the final build of Android P or Android Pie. While its availability is still limited, the share of Android smartphones running Android Pie was still less than 0.1 percent. However, Android Oreo (8.0 and 8.1) increased its market share from 19.2 percent in September to 21.5 percent this month. The market share of Android 7.0 and 7.1 Nougat continued to fall, as did that of Android 6.0 Marshmallow, and most previous Android versions.

As per the official chart for October, share of Android smartphones running Android Pie was still less than 0.1 percent. With several companies slated to get the update soon, we might see an increase in the next few months. Smartphones such as Essential Phone, OnePlus 6, Nokia 7 Plus, Sony Xperia XZ2 and Xperia XZ2 Compact have1 already started receiving the latest update. 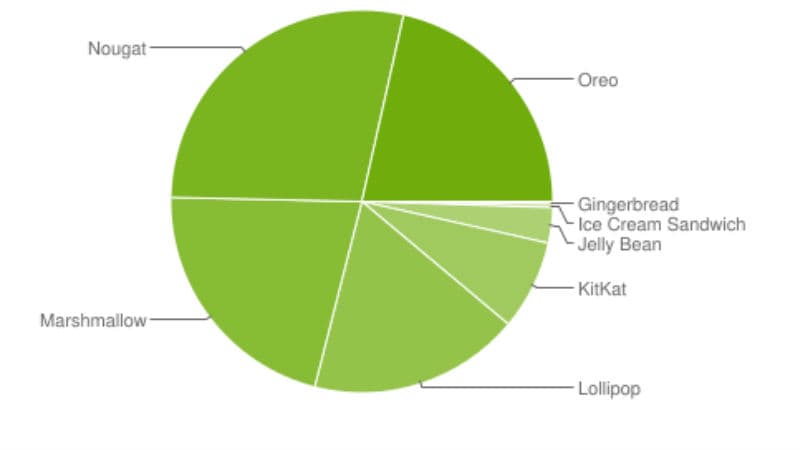 Google collected the Android distribution data by recording active devices visiting Google Play in a seven-day period ending on October 26. Also notable, is that Google has updated its OpenGL version distribution numbers which have OpenGL 3.2 at 35.5 percent, OpenGL 3.1 at 13.6 percent, OpenGL 3.0 at 29.8 percent, and OpenGL 2.0 at 21.1 percent.

LIC closed policy has to be started again, here is guide to begin

In order to take full advantage of the policy, the person taking the insurance policy has to pay a regular